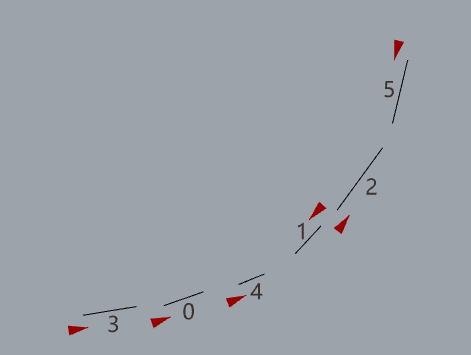 As shown in the figure above, there are 6 lines, their order is not ordered according to the order, and their drawing directions are also different, their directions are some upwards, some downwards, so if you want to connect the curves directly, they must be chaotic. Looking at the result of the direct connection in the figure below, we can see that with the Grasshopper connection command, they are connected into a curve in a chaotic order. 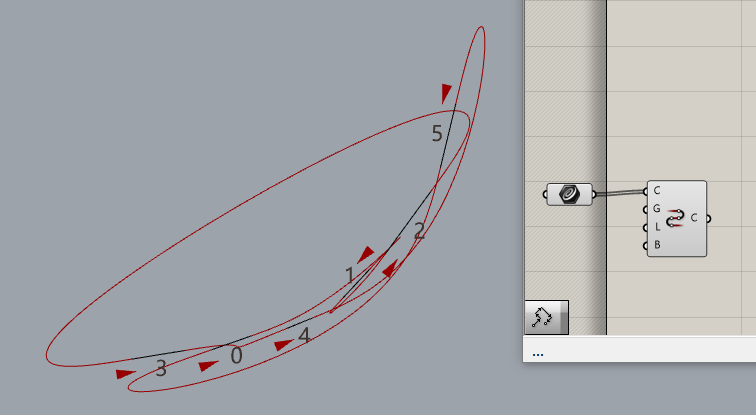 If we want to get a regular curve, we must solve the following problems:

Sort the order of curves by rule

To sort curves in Grasshopper, to put it plainly is to arrange points. Arrange points generally use the “Arrange Point Order by Curve” component. This operation can draw a curve through the point on the rhino, and then Grasshopper can get the curve and follow The distance from the point to the line is used to sort the point order.

The drawn curve, this curve does not need to be too precise.

Then the output points are divided into two groups of data, and the data of each group of two points are connected into a polyline 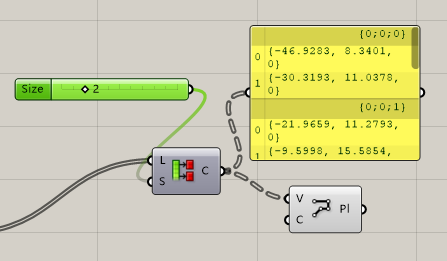 At this time, the generated line segments should be arranged in order, and finally connect the data evenly.

Let’s take a look at the final result. We can see that the line segments are connected in sequence. In the result of the figure below, please pay attention to changing the parameter of [L port] to [FALSE], so that the curve is an open curve, not a closed curve. 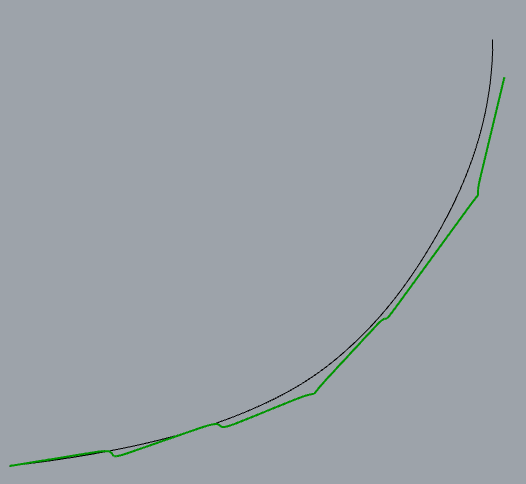 Let’s take a look at the complete data logic. If you have any questions about Grasshopper, you can ask questions in the comment area below.